Chlorine is a naturally occurring element; chemical symbol CL. Chlorine is a toxin that has many uses, including disinfecting and bleaching. Chlorine were used as chemical weapons in previous wars including the two world wars and the recent war in the middle east in 2015.

Adding chlorine to drinking water is a practice that began in Europe in the late 1800’s. Most countries today still use the similar process to disinfect the water.

Studies of effects of Chlorine on health

Chlorine in water can combines with other natural compounds to form Trihalomethanes or THMs. These chlorine by-products trigger the production of free radicals in the body, causing cell damage, and are highly carcinogenic. The U.S Environmental Defence Fund warns that such THMs are what cancer scientists believe are responsible for the majority of human cancers in the United States.“

Dr. Robert Carlson, from University of Minnesota whose work the U.S Federal Environmental Protection Agency is funding, had this to add: “chlorine is the greatest crippler and killer of modern times!”

Another study carried out in Hartford Connecticut, found that; “women with breast cancer have 50% to 60% higher levels of organochlorines (chlorination byproducts) in their breast tissue than women without breast cancer.”

According to the U.S. Council of Environmental Quality, “Cancer risks among people drinking chlorinated water is 93% higher than among those whose water does not contain chlorine”.

According to Dr Lance Wallace, U.S. Environmental Protection Agency, chlorine in water is a cause of asthma and bronchitis, especially in children.

Chlorine cause asthma in children

Chlorine in water also has a negative cosmetic effect, robbing our skin and hair of moisture and elasticity, resulting in a less vibrant and youthful appearance. Anyone who has ever swam in our swimming pool can relate to the harsh effects that chlorine has on the skin and hair.

How to Remove Chlorine From Water?

To know more about benefits of purified alkaline water and our products please email us, send us contact form, connect us in social media or just call our hotline 66770110 and we shall reply you soonest possible.

Connect, Email or simply call us 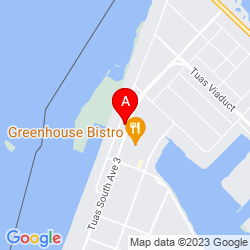 Note: Due to our unique building design part of level 3 units in annex block are same level as level 2 on the main block. Hyflo office is in annex block so visitors taking lifts from the main passenger lobby shall take lift to level 2 only.